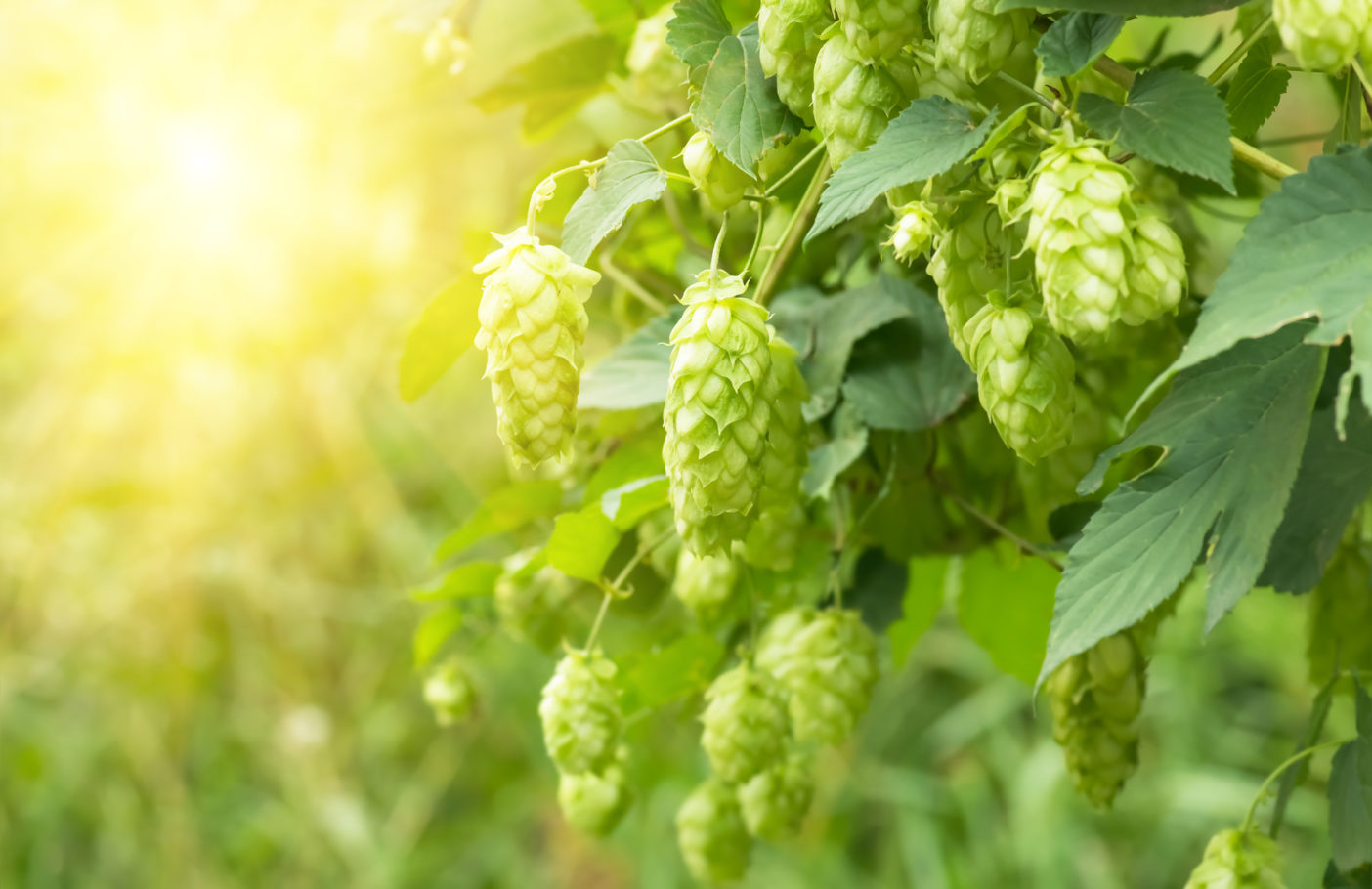 Hop, for centuries, has been the soul of the beer. In the popular beverage, it is a real multi-tasker: It stabilizes the beer froth, uses its antibiotic qualities to prevent rapid deterioration, and intensifies the typical taste of beer with its high content of bitter and aromatic substances.

The medicinal plant of the year 2017 mainly is native to Central Europe. In Germany, the most important cultivation regions are in Bavaria, Baden-Wuerttemberg, Saxony, Saxony-Anhalt, and Thuringia. The annual harvest season starts around end of March. The hops extract, obtained by extraction with an alcohol-water-mixture, has been an officially approved beer ingredient since 1968. It is a powder or granulated substance with a long tradition in healing arts. Several ingredients have anti-inflammatory and soothing effects. They calm the nervous system and help to promote relaxation.

Ingredients and effects of hops extract

The key components of the hop plant are the hop bitter substances (resin) and the essential hop oil. Other ingredients are polyphenols (tannins), mineral elements, phytohormones, flavonoids, and proteins. Kaempferol, quercetin, quercitrin, and rutin are the predominant flavonoids. Kaempferol and quercetin are particularly important because they protect skin tissue against the harmful aggressions of free radicals built mainly by sun exposure.

The essential hop oil contains over 150 single substances, among them humulene, myrcene, farnesene, caryophylene, and several esters of fatty acid. The predominant gallate is the highly effective antioxidant epicatechin gallate.

The bitter components in hops extract stimulate the gastric juice secretion; therefore it is a traditional curative for digestive problems and lack of appetite. The bitter components are categorized in alpha acids including humulone or its derivatives and the beta acids based on lupulone. The result of the combination of the two substances lupulone and humulone is
2-methylbut-3-en-2-ol which has calming antibacterial effects.

Humulone and lupulone by the direct destruction of the bacteria walls inhibit the growth of certain bacteria, among them staphylococci, micrococci, mycobacteria, and streptomyces. The antibiotic properties of the bitter acids and prenylflavonoids control germs of importance to dermatology such as those causing pimples and acne.

Scientists by now assume that hops extract in fact is able to fight such viruses as herpes simplex. A positive effect on gram-negative bacteria has not yet been proven.

Xanthohumol is the most frequent chalcone. It inhibits the enzyme MMP9, also known as matrix metalloproteinase, one culprit of the deterioration of the connective tissue. In addition, it boosts the production of new connective tissue fibers, such as elastin und fibrillin.

Hop blossoms in „aroma pillows“ are very popular in aromatherapy. Preparations of hop cones are perfect as natural sleep aids and sedatives. The Federal Institute of Drugs and Medical Devices has confirmed the effectiveness of hops extract in this context.

Hops extract already for some time has been renowned for its stimulating effect on the collagen production in the human body. That is due to the content of phytohormones.

The extract works in similar ways as red clover or black cohosh and therefore is particularly suitable for mature or very dry skin. Hops extract stimulates skin circulation. Its anti-inflammatory effects are used in cosmetics and help nervous and over-sensitized skin to recover. It can be incorporated in lotions and creams, especially for sensitive, agitated, mature or dry skin.

Hops extract is seeing increasing interest in hair care products. In shampoos and rinses, it soothes the scalp and makes hair fuller and stronger.

Its antioxidant and oestrogen-like properties help to alleviate inflammations and invigorate the connective tissue.

Despite all the benefits, however, there is a strong warning against the use of fresh hop plants. Skin contact could cause the so-called hop picking disease. The symptoms are allergic reactions that may be extremely severe. Hops extract excludes that risk.

The antioxidant and oestrogen-like activities, the effective stimulation of the regeneration of the connective tissue and the protection against the deterioration of the connective tissue by enzymes such as MMP9 are qualities that establish hops extract as a versatile and best suitable ingredient in cosmetics. That applies particularly to anti-aging creams, but the extract is also excellent in soothing lotions and formulations for dry and over-sensitized skin.

Its numerous positive properties are also perfect for hair care products. Hops extract in cosmetics are high-performing and gentle alternatives to aggressive chemicals.