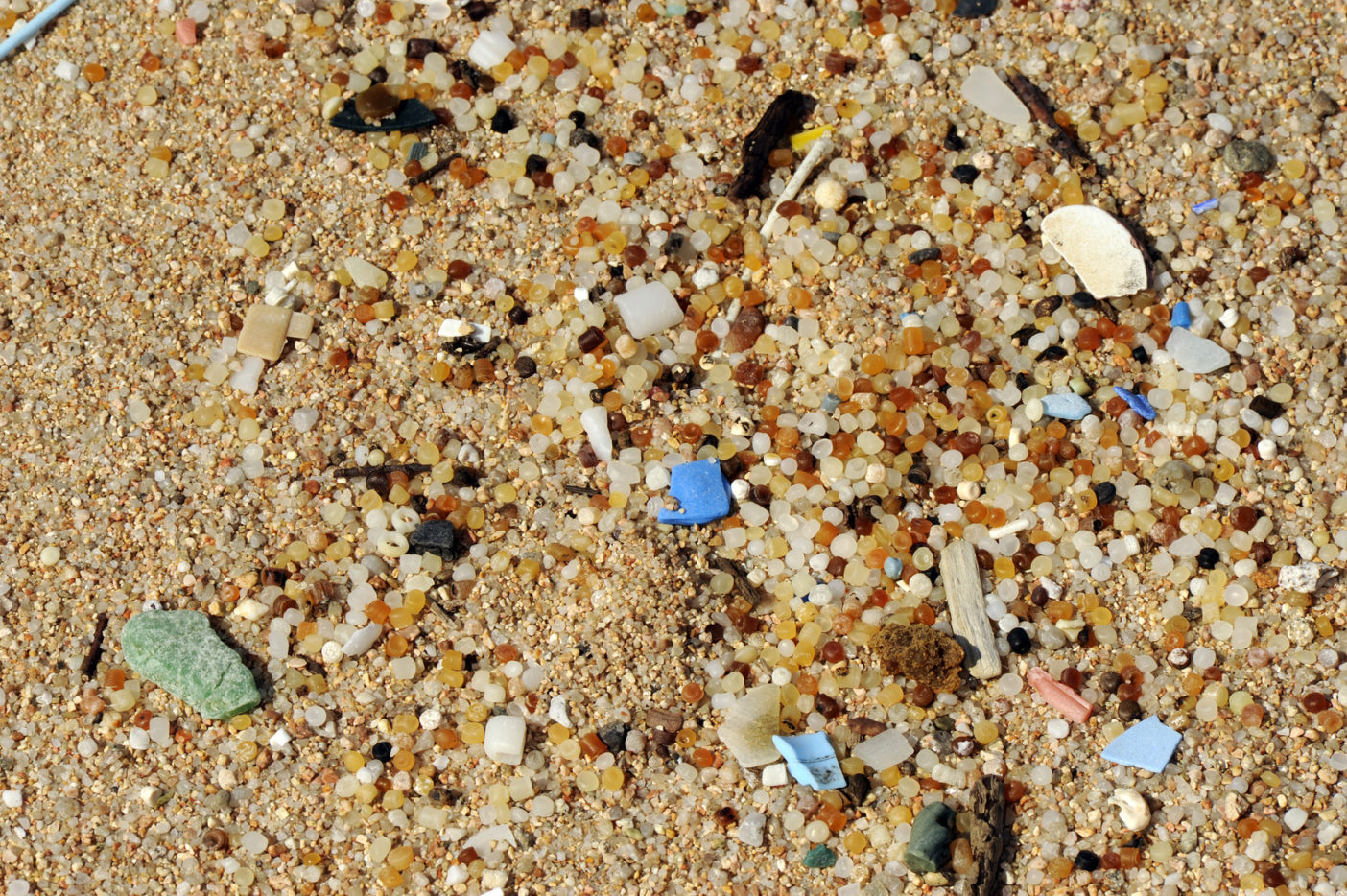 Microplastic describes solid and insoluble synthetic plastic particles (polymers) smaller than 5 millimeters. Many particles are even smaller than 1 millimeter and hardly visibly with the naked eye. The tiny particles effortlessly pass through wastewater treatment plants and reach rivers and lakes, the sea and the ocean. Even modern water management systems are not sufficiently equipped to catch them. Subsequently they cannot be eliminated from the environment and are absorbed by sea organisms together with their daily food.

Why microplastic is so harmful?

Because of its special surface properties microplastic has magnetic attraction for environmental toxins (heavy metals, pesticides and other toxic substances). The toxins existent in the waters accumulate on the surfaces of the particles amounting to concentrations hundred times higher than in the sea water.

Marine creatures like fishes, sea shells, seals and other organisms swallow the tiny particles packed with concentrated environmental toxins, whether passively or directly together with their food. The consequences of the intake are dramatic. Studies have proved toxicological effects like tissue deformation, inflammable reactions, inner wounds and cases of death. Many marine creatures die in agony because of the plastic particles.

Microorganisms (e.g. zooplankton) absorb the plastic material. They are the fundamental food for many small fishes which in turn are eaten by predatory fishes. In this way microplastic and the attached pollutants enter the food chain. It contaminates our food. Microplastic has been detected in edible fishes, drinking water, mussels, honey and milk. Its effects on human health have not yet been completely clarified.

The current state of the seas and oceans is alarming. Microplastic is extremely durable and it contaminates the waters for many hundreds of years. Therefore, it is of upper importance to stop the release of microplastic in the environment immediately and effectively. By eliminating microplastic from all products cosmetics can contribute to the protection of seas and oceans. At present, still approximately 500 tons of microplastic are used in the German cosmetics industry per year.

Plastic in cosmetics is still widespread

Synthetic polymers, in shower gels, peeling products, toothpaste, shampoo, skincare cream or makeup, are still frequently used in cosmetics and personal care industry. Finally, they end up as microplastic in seas and oceans. The particles contained in the products are rinsed in the waste water, pass the wastewater treatment plants and reach the waters to be widely distributed with the current. 20 particles have been detected per cubic meter of North Sea water and one million particles of microplastic per cubic kilometer of arctic ice.

Moreover, microplastic develops from larger plastic parts such as plastic shopping bags or plastic bottles which are degraded by weathering, sun exposure or waves in the sea and transformed to micro particles.

The effects of microplastic particles on human health

Though the precise effects have not yet been sufficiently proved the already known facts are really horrifying. Plastic contains several additives for special purposes. These substances develop harmful effects in animals and probably in human organisms too when they become parts of the food chain. The best-known additives are softening agents, e.g. bisphenol A and some phthalates. They adversely affect the hormone balance and can cause severe hormonal disorders. Heavy metals are widespread stabilators being suspected of causing cancer. Microplastic should be out of place in cosmetics. For the sake of seas and oceans and their inhabitants and our health as well.

Alternatives to microplastic in cosmetics

While the EU still relies on a voluntary self-commitment of cosmetics industry, many international manufacturers have announced to discontinue using the tiny plastic particles in their products in future. The upcoming positive trend gives grounds for optimism. At the same time voices are being raised demanding a principal statutory ban on microplastic.

Microplastic and its names

The following list gives an overview of the most used synthetic polymers. They are used mainly as peeling and thickening agents.

In Germany, all ingredients have to be declared in accordance with the mandatory nomenclature. Consumers easily can find out whether a product does contain microplastic.

In Scandinavia bans have been implemented

In Sweden, the sale of cosmetic products containing microplastic has been legally forbidden already since July 1, 2018. Retailers who had bought such products before that point of time were allowed to resell them until January 1, 2019, the definite end of the transition period. Swedish municipalities get financial support for the cleaning of the beaches from the immense quantities of plastic waste. In Germany, the Greens have filed a corresponding petition (as of March 2018). They want cosmetics and personal care products to become free of microplastic. Environmentalists insist that Brussels will issue a Europe-wide ban in the foreseeable future, however, “we should not wait for it because the damages to environment, human beings and animals have been proved long since”.

No need of microplastic

Microplastic in cosmetics is easy to avoid, on the parts of manufacturers and consumers as well.

Consumers who deliberately want to avoid microplastic find the necessary information in the list of ingredients (INCI) that is mandatory for all cosmetic products. If the product contains any of the substances mentioned in the list above, the consumer should quite intentionally reject the product.

Cosmetics manufacturers are changing direction and applying new methods. We, Cosmacon, are well-positioned to revise your formulations and eliminate microplastic. Thanks to proven and efficient alternatives it is no problem to develop formulations free of microplastic. It is an important step for the survival of our seas and oceans, their creatures and human beings as well.