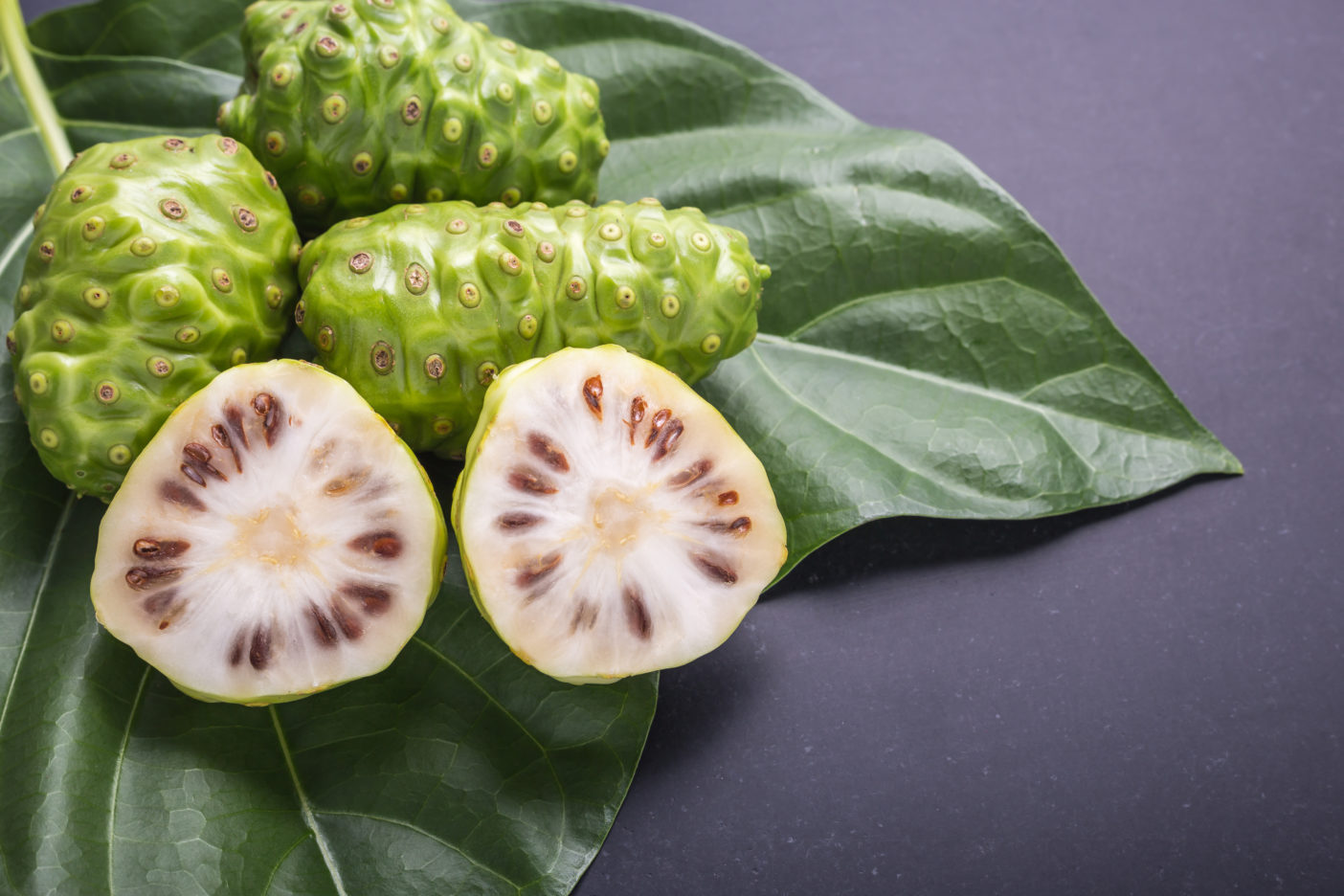 Already 70 years ago, the Russian pharmacologist Nicolai Lazarev was convinced that plant-based active agents could help human beings to reduce or compensate emotional and physical stress. His extensive research substantiated his thesis. Lazarev called the special agents adaptogens to refer to the English term “to adapt”. The medicinal plants strengthen the body’s own ability to adapt to higher levels of strain perfectly and makes it more stable against extreme stress. The active agents must not be confused with sedatives; they are plant-based substances strengthening mind and body. Adaptogens have balancing and regulating effects. They balance and calm under conditions of stress, and on the other hand, they have restorative powers for persons feeling week and exhausted. Adaptogens count among the most mesmerizing substances in nature; the curative plants are able to adapt their effects to the changing states of body and mind. Chinese medicine and Ayurveda have known adaptogens already for a long time. Thanks to their harmonizing influence on the immune system, the sleep and the soul, they have been highly valued in Asian regions for centuries. Nicolai Lazarev did the scientific studies that revealed the positive effects of adaptogens in Europe. However, many years passed until they gained recognition. It was not before 2011 that the European Medicines Agency (EMA) confirmed that the adaptogen Rhodiola rosea (rose-root) has positive effects on stress symptoms. Since then scientist have become more interested in the amazing abilities of these extraordinary medicinal plants. Meanwhile the great potential of adaptogens in cosmetics has been realized.

How do adaptogens work?

Adaptogens work at the sites of the secretion of the stress hormone cortisol: that is the body’s stress axis running from the brain down to the intestines, also called hypothalamus-suprarenal axis. Along that axis, cortisol influences numerous body functions: for example, the gastrointestinal tract (stress upsets the stomach) or the pulse and the blood pressure. Chronic stress weakens the body lastingly. The stress axis plays a pivotal role in the human hormone system and regulates essential processes like the mood, the immune system or the digestion. And it controls our stress factor. The adaptogens regulate all these body reactions by influencing the secretion of cortisol, thus promoting a better inner balance. What is special about them is that their effectiveness is not limited to a part of the organism but works holistically.

Adaptogens are not toxic and generally without side effects. According to the recent state of research, even overdoses do not have adverse effects. Adaptogens can be used over a longer period of time. They do not influence normal or slightly varying body functions; they take action only in cases of relevant indications (for example in phases of stress).

The biologically active plant-based substances are able to control stress-induced external damages. They give our cells the essential impetus to their regeneration and renewal, prevent dehydration of skin and keep it soft and supple. Adaptogens help skin to adapt to daily stresses and strains and to increase its resistance. The substances support the maintenance of a youthful radiance and contribute to anti-aging by improving the epidermal microrelief. Meanwhile, they have established themselves in hair care. Adaptogens soothe the scalp and give hair a stronger and more vital appearance.

Ginseng is called the “king of adaptogens“ because it enhances mental performance and strengthens the individual stress resistance. In Asian medicine it has a long tradition and has been used for thousands of years. That does not wonder with regard to its positive influence on wellbeing and feel-good hormones. The ginseng root is rich in ginsenosides, precious vitamins (mainly of the B group) and iron, calcium, copper, phosphor, magnesium and zinc. In addition, it contains amino acids and trace elements like silicon and selenium. It is absolutely appropriate to name it “plant of vitality”.

The noni fruit is harvested from the tree of the same name and also known as “Indian mulberry shrub”. It is native to the coast regions of West India and Central America. It counts among the leading sources of essential nutrients and is rich in enzymes, vitamins, secondary phytochemicals, proteins, trace elements and minerals that have anti-inflammatory and antioxidative properties. Its adaptogens protect body and skin against harmful free radicals. Noni is a favorite among athletes because of its regenerating and stamina-promoting effects.

Shiitake is a culinary mushroom and counts among the most effective curative mushrooms used in Chinese medicine. The ingredients work as strong adaptogens with favorable effects on the intestinal flora. They regulate blood fats and boost the immune system.

The reishi in contrast to the shiitake is not edible but also a curative mushroom with a long tradition. In Asia, it was considered to be a talisman in earlier times. Its performance is stunning; its ability to soothe sleeping disorders is only one example. Reishi, also called

“glossy ganoderma”, is a real cornucopia of precious adaptogens. They fight aging factors such as cortisol excess, free radicals and stress. An anti-inflammatory potential adds to the anti-aging effect.

Maitake (sheep’s head) has been of great repute in traditional Chinese medicine. Its ingredients help to control hypertension, diabetes and adiposis. It is used to soothe problems in the upper gastrointestinal tract and to treat hemorrhoids. The adaptogens of the maitake can be used to calm nervous tension

Almond mushroom is considered to be a vital mushroom with immune-regulating effects. Thanks to its adaptogens it lastingly improves physical and mental resilience and reduces allergy risks. The medicinal effectiveness of the almond mushroom has been proven scientifically. Recent studies suggest cancer-inhibiting or cancer-preventing effects.

Rose root (Rhodolia rosea) is widely used in alternative medicine. Its adaptogens are suitable to increase physical performance and support the body to reduce stress. In cosmetics, rose root is ideal to plump up slack contours and wrinkles. The adaptogens stimulate the production of elastin and collagen to promote skin’s firmness and smoothness.

Ashwaganda appropriately is also called withania somnifera because of its somniferous (sleep-inducing) effect. Simultaneously, the root, which usually is pulverized, clarifies and calms the mind. A great side effect: its adaptogens rejuvenate the complexion.

Tulsi or Indian basil helps to soothe depressions, tiredness, asthma and stress. The ancient, mysterious plant belongs to the family of lamiaceae and contains vast quantities of adaptogens. Thanks to its immune-stimulating and antibacterial effect it has a long tradition as a remedy for influenza, colds and feverish diseases.

The pumpkin plant has the epithet “herb of immortality” thanks to its adaptogens. Until now, over 100 saponins in the plant could be identified. It is able to eliminate heat, to refresh the mind, to lower blood sugar level and to protect liver functions.

In Indian and Chinese medicine, kalmegh is an important healing plant. It relieves infections of the respiratory tracts, fever and indigestion. Its adaptogens have antibacterial, antiviral, invigorating and toning effects and help to lower the blood sugar level. The key ingredients are diterpene lactone, sesquiterpene and flavonoids.

Amla is an Indian gooseberry and thanks to its adaptogens an amazing immune-booster. It promotes skin’s firmness, soothes states of acne and helps to prevent lines and wrinkles. Its antioxidative effects slow down the general aging process.

Adaptogens in cosmetic products by Cosmacon

The active ingredients harmonize many physiological functions and have extremely favorable influences on skin. Used for stress-relief or as fountain-of-youth elixirs, adaptogens boost body’s and skin’s resistance and make them more resilient to stress. They offer best arguments for being used in superior cosmetics.